The ‘Hong Kong, Reimagined‘ programme, part of the Chinese Cinema Season, is showcasing several films by student filmmakers from the Hong Kong Baptist University’s Academy of Film. This programme is thoughtfully curated by UK-China Film Collab, co-organiser of the UK online film festival, in order to inspire constructive debate about the region. In a series of interviews, Nick talks with the filmmakers about their work and inspiration. This conversation was held with Natalie Tsang Yuk Lui, the director of Chop Chop.

Nick Kouhi: There’s a simplicity to this film which is utterly charming yet, one could argue, is just as fitting for live-action as it is for animation. Why choose the medium of animation to tell this story?

Natalie Tsang: The story of Chop Chop is about a little girl’s growth, so I tried to simplify the film and made it more childlike. I chose animation as a medium because I think animation can provide a bigger imaginative space for the production. For instance, in the middle of the story, there is a part of the little girl’s fantasy which is difficult to visualize in live-action. Even though the story is inspired by some small moments of daily life, I do not want it to be too boring or too normal. Also, Chop Chop is full of childishness; therefore, I think animation is the best medium for it. 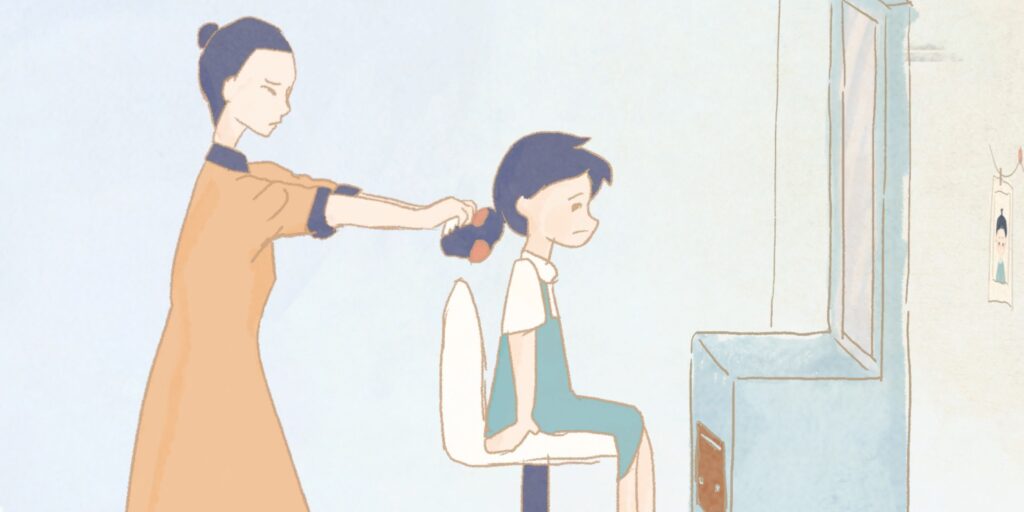 NK: Can you talk a little about where the idea for Chop Chop came from? Did you draw upon semi-autobiographical elements?

NT: Chop Chop is my first 2D animation project. Before making this animated film, I came up with several animation ideas. I was struggling with choosing the theme of the film: Should I choose a romance story? A science-fiction story? Or a story that is related to some kind of social issue? In the end, I decided to tell a much more personal story since I wanted to fill more emotions and love in my story. As a result, the idea for Chop Chop is based on my childhood experience. You can define it as a semi-autobiographical film through the main character, the little girl representing me in childhood, as well as the mom representing my mother. When I was a kid, my mom loved to braid my hair in different styles. I liked having beautiful hairstyles every day, but I was in pain in the process since she needed to braid my hair really tight to maintain the hairstyle.

Just like any other parents in Asia, it is common that they are over-protecting their child. For them, arranging everything for their child’s life and future is the way they express ‘love’. In my story, I am not criticising how parents should treat their children, but showing that letting go is another way to show love. We may get hurt while we grow up, this is the only way that we learn and feel the world. Love can be binding or create barriers, after all. 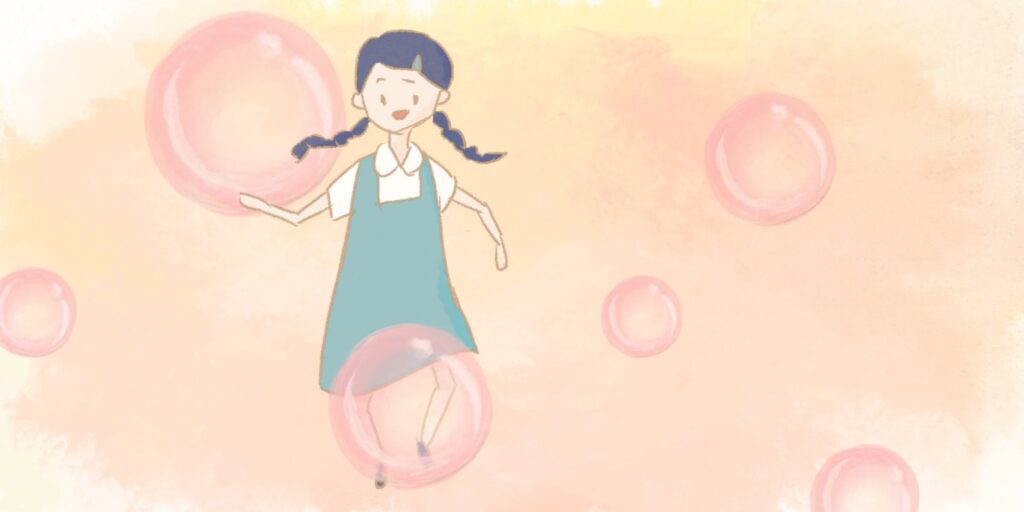 NK: What was your process in determining the storybook aesthetic of the film?

NT: I have been an illustration and animation lover. I think my aesthetic of the film has been influenced by different illustrations and animations I obsessed over. Meanwhile, I wanted to create a more childish and delightful atmosphere in my work. The first step I took was doing research on different animation, to see how the animators draw and how they apply colours. After trials in different colour combinations, I chose warm colours as my main colour palette so that the audience can feel love and warmth in my artwork.

NK: Because the film has no dialogue, sound becomes all the more critical in directing the audience’s attention toward what they’re watching. How did you collaborate with your composer and sound designer in post-production?

NT: Before making this animated film, I had no concept of music or sound. Therefore, I found my friend Vanessa [Kwan] who is good at compositing to help me create the perfect sound and music for the animation. With full trust, I gave her some reference and told her how the emotions change from the beginning to the end of the animation. After a short discussion, we quickly reached a consensus for the overall style of the sound and composition. Once I finished the story, I sent my animatic part to her and let her finish the rest of the music. With her help, the film is definitely more complete.

Chinese Cinema Season (Feb 12 – May 12 ) is the largest online showcase of Chinese-language film in the UK and Europe, presented by Trinity CineAsia, Filming East Festival and the UK-China Film Collab. Chop Chop is now available to stream for UK viewers here. For more information on other filmmakers in the season, check out our interviews with Anna Yiu Wan Yin and Ian Lui Yee Pan.