The ‘Hong Kong, Reimagined‘ programme, part of the Chinese Cinema Season, is showcasing several films by student filmmakers from the Hong Kong Baptist University’s Academy of Film. This programme is thoughtfully curated by UK-China Film Collab, co-organiser of the UK online film festival, in order to inspire constructive debate about the region. In a series of interviews, Nick talks with the filmmakers about their work and inspiration. This conversation was held with Ian Lui Yee Pan, the director of The HongKongers.

Nick Kouhi: What was the genesis of the project?

Ian Lui: The HongKongers is one of the short films of the studio-i project. I submitted six synopses/proposals for both short and feature films, including The HongKongers, the one that was ultimately selected. But I aimed for the feature film project at the beginning, and AF asked me to make it a short film. Although I’d made compromises to scale it down, the film is still very compact at storytelling. I think it’s only half or a third of my original idea. 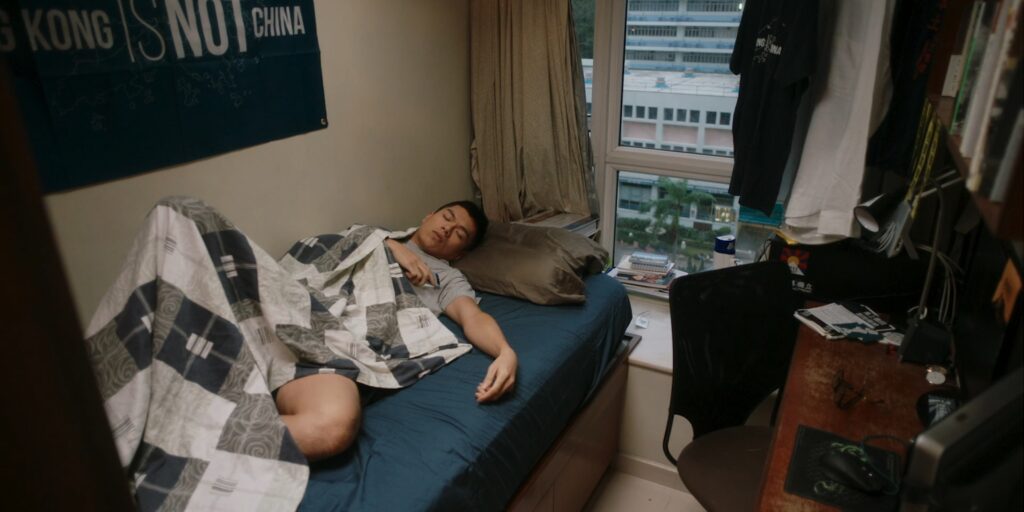 For the inspiration, it’s from the true stories including the similar experience of my relatives and some news stories. I’d like to know what would happen if the main character has a grandson with a totally different view of identity and politics. That was the inspiration for writing this story.

NK: The film emphasizes specific dialects to remark upon both generational and regional differences. How did you approach incorporating these dialects into the script?

IL: For the languages used in the film, it might be interesting for overseas audience but it’s quite familiar for Hokkien families in Hong Kong. The screenwriter Renee [Wong] and I are both from local Hokkien families, as the third generation in Hong Kong. Our parents might speak Cantonese with us most of the time  but speak Hokkien with our grandparents or other relatives, or even combining two languages together. The young generations might reply to their grandparents in Cantonese, mixed with some Hokkien short phrases. It is a part of our daily lives and childhood memories. We had that in mind when writing the script and adjusting the pacing or which phrase should be in Hokkien or Cantonese. It’s a process of recalling different moments from daily lives. 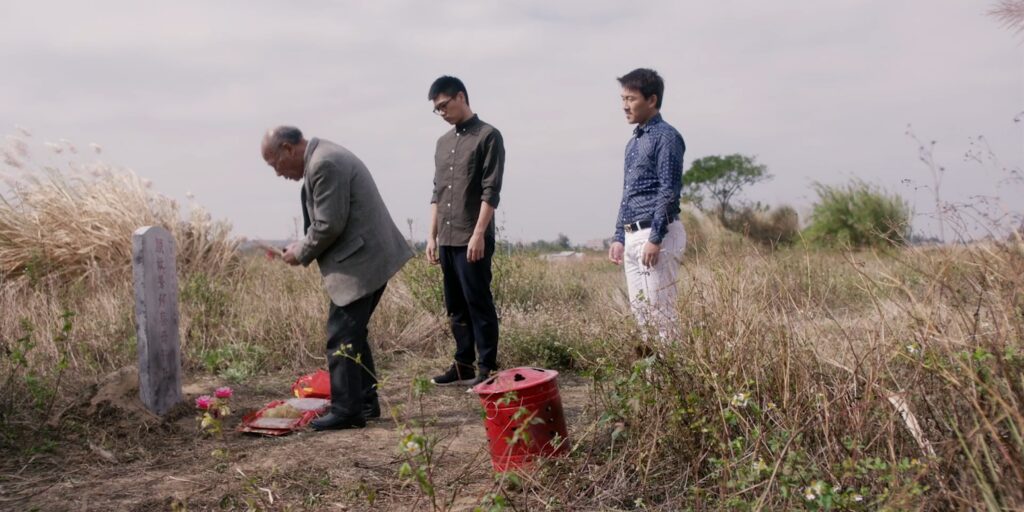 I used three languages when writing the dialogue: Hokkien, Cantonese and the written form of Chinese. When writing dialogue in Hokkien, I chose the standardized Hokkien Chinese words according to some Taiwanese dictionaries and put the meaning in written form in brackets. Although this made the alignment packed closely, the actors could understand more easily.

NK: Location is such a critical component to The HongKongers, particularly in the way it informs subjective memory and the story’s ephemeral tone. Can you talk about the process of finding shooting locations? What were some challenges or obstacles you faced in finding those locations?

IL: It’s not easy to find the shooting locations in both Hong Kong and China. There are line producers in both places, helping me find shooting locations. The Chung Yeung Street wet market is very iconic as it represents the well-known Hokkien community in Hong Kong. However, it’s also a very busy wet market. Many people stopped doing their own things to be onlookers, and that made the scene feel unnatural.

Finding the suitable locations in China were very challenging. The China unit producer told me that the topic could not pass through the censors in China. We didn’t have a shooting permit, actually. Also, Quanzhou, the city where the story took place, is becoming highly urbanized nowadays. It wasn’t easy to find a suitable traditional building as Grandpa’s ancestral house.

NK: Could you talk a little about the casting process? How did you find the lead actors and how did you work with them to capture a specific, multi-generational relationship?

IL: There are very few choices of senior actors in Hong Kong who can speak Hokkien. Mr. Chan Man Lei had a very similar background with the role of Grandpa in the film, and he’d taken part in many Hong Kong films in the past decades. He is also Hokkien, thus I didn’t need to explain the story background to him many times. Will Or, as the grandson Lok, had already been my first choice when writing the script. Will is very sensitive to social issues, and has his own point of views on what’s happening currently. He asked me some questions regarding his role and the relationship between Lok and Grandpa. I provided him the background information and he picked up quickly. I have to thank Chan and Will for their efforts as they helped me a lot and played the roles naturally, and I didn’t need to give much instructions on set.

NK: Music is used very sparingly in the film, so when it does appear it leaves a melancholic impression. I’m thinking in particular of the song being sung near the film’s end. What were some of the decisions you kept under consideration when choosing music for critical moments in the film?

IL: Sometimes I think music has been used too much in Hong Kong cinema, and it might make the emotions easily exaggerated. I’d like to make it like a realistic journey, I had to be very careful when putting the music to avoid distracting the audience. The main purpose for the music is to bring out the grandfather’s emotions: the homesickness and struggle within himself. Just like a very traditional gentleman like Grandpa, the music should be sad but restrained.

Chinese Cinema Season (Feb 12 – May 12 ) is the largest online showcase of Chinese-language film in the UK and Europe, presented by Trinity CineAsia, Filming East Festival and the UK-China Film Collab. The HongKongers is now available to stream for UK viewers here. For more information on other filmmakers in the season, check out our interviews with Natalie Tsang Yuk Lui and Anna Yiu Wan Yin.